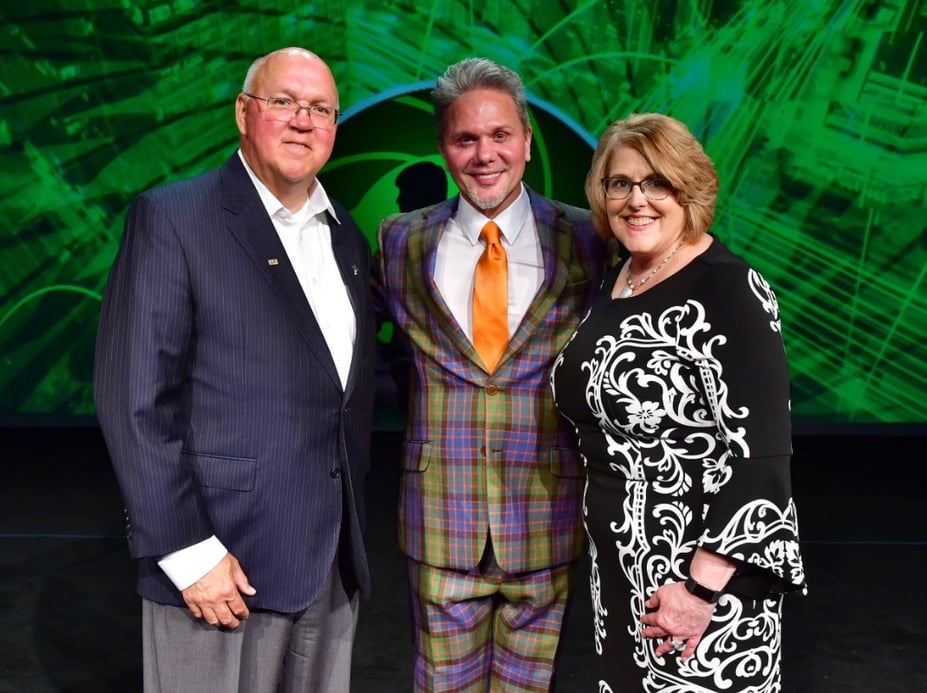 The American Payroll Association (APA) on Friday honored Susan Baptista, CPP, and Darrell Kozuch with Special Recognition Awards for their long service to the Association.

Baptista, Vice President and Director of Payroll and HRIS at Havas Worldwide, joined the APA in 1994 and became a CPP in 2001.

“This is a great honor," she said. "Thank you for the opportunity to be involved. We don’t do it for the recognition. I got involved because of my passion for the profession. Take a leap of faith and get involved. You won’t regret it. The friendships you make will last forever.”

She has served on the Nominating and Elections Committee, Hotline Referral Service, Social Networking Committee, Immigration Subcommittee of the Government Relations Task Force (GRTF), and the Board of Advisors. She received the Meritorious Service Award in 2013.

Kozuch, Senior Director for Finance at the University of Virginia, has been an APA member since 1985.

“This is the best day ever!" he told the crowd. "None of us would be here if it wasn’t for the good people around us. Thanks to my wife and children and to UVA for supporting me all of these years.”

He has served on the Best Practices Subcommittee and as Co-Chair of the Educational Institutions Subcommittee of the Strategic Payroll Leadership Task Force, as well as on the National Speakers Bureau.

He received a Meritorious Service Award in 2015.